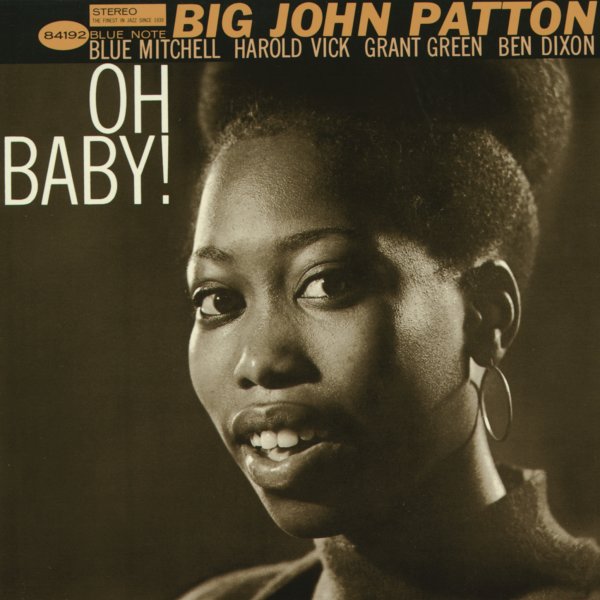 Oh Baby is right – as the album's one of the best John Patton albums for Blue Note – a perfect mix of funky organ and burning hardbop! The tracks hare are all originals penned for the album – mostly by Patton, but also by other group members – the kind of fresh grooves that made John's organ work for Blue Note really stand out from the rest of the 60s Hammond generation – very creative stuff, with occasional modern touches, and a rhythmic conception that's not only unusual, but which also really lets the soloists stretch out on their grooves! Players include Harold Vick on tenor, Blue Mitchell on trumpet, Ben Dixon on drums, and Grant Green on guitar – and the album's about as sharp as you can get for a Blue Note organ session. Titles include "Fat Judy", "Each Time", "One To Twelve", and "Night Flight".  © 1996-2021, Dusty Groove, Inc.
(Limited edition!)

New Bottle Old Wine (180 gram pressing)
World Pacific/Blue Note, 1958. New Copy (reissue)
LP...$28.99 34.99 (LP...$29.99)
A masterpiece through and through from arranger Gil Evans – a record of swinging modern backdrops, used to showcase both the solo talents of a young Cannonball Adderley, and the dynamic energy of Evans himself! Cannon's sharp-edged early tone is a really great sound for the record – ... LP, Vinyl record album

Palo Alto
Universal/Impulse, 1968. New Copy Gatefold
LP...$24.99 25.99
A lost live recording from the legendary Thelonious Monk Quartet of the 60s – done at a time when the group wasn't recording at all, as a small benefit at a high school in California! Yet despite that setting, the vibe here is as relaxed, open, and human as if the combo were playing at an ... LP, Vinyl record album