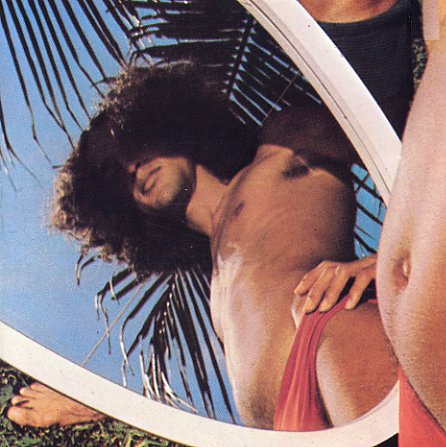 One of the weirdest, wildest albums Caetano Veloso ever recorded – a highly experimental session that shows that his ties with the avant art world were still plenty strong on his return to Brazil! Despite a goofy cheeseball photo of Veloso on the cover in a bikini, the sound on this one is waaaaay out – with weird avant garde vocal bits, choppy instrumentation, and wild shifts in style that make his Tropicalia albums almost seem like pop hits! As usual, Caetano's vocals are superb, especially as he slides from experimental tunes into straighter songs – like the title cut "Araca Azul", and Milton Nascimento's "Cravo E Canela". Proof that the Brazilian intelligentsia was still alive and well in the post-Tropicalia years – with other titles that include "De Palavar Em Palavra", "Julia/Moreno", "Epico", "Viola Meu Bem", "De Conversa", and "Sugarcane Fields Forever".  © 1996-2023, Dusty Groove, Inc.
(Limited edition.)