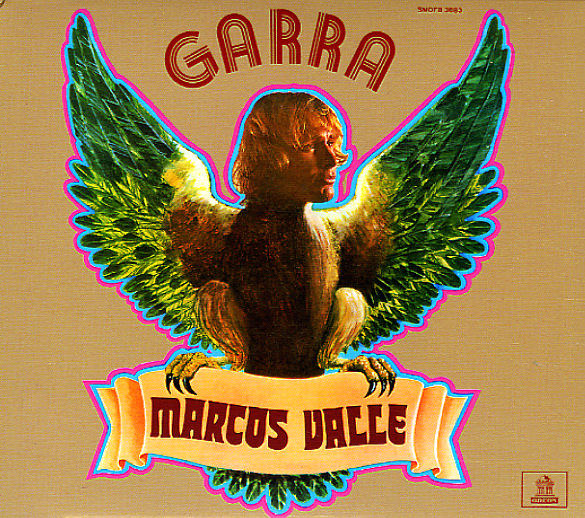 One of Marcos Valle's most strangely beautiful albums – a set that really his him stepping off strongly from his bossa nova years – really moving into mindblowing music with a range of styles that's simply incredible! There's definitely a bit of bossa at the core, but the larger orchestrations are much more complex, and plenty darn groovy – bringing in some complicated jazz changes, a bit of soul, and even a touch of funk – making the first time that Valle ever worked in such a mode. The overall sound's nearly impossible to describe, but that's what makes the record so great – possibly the best place to start if you've ever wondered why Valle's gotten so much attention from the worldwide groove scene over the years! Titles include "Ao Amigo Tom", "O Cafona", "Minha Voz Vira Do Sol Da America", "Paz E Futebol", "Com Mais De 30", "Garra", "Wanda Vidal", and "Black is Beautiful".  © 1996-2021, Dusty Groove, Inc.
(Limited edition.)