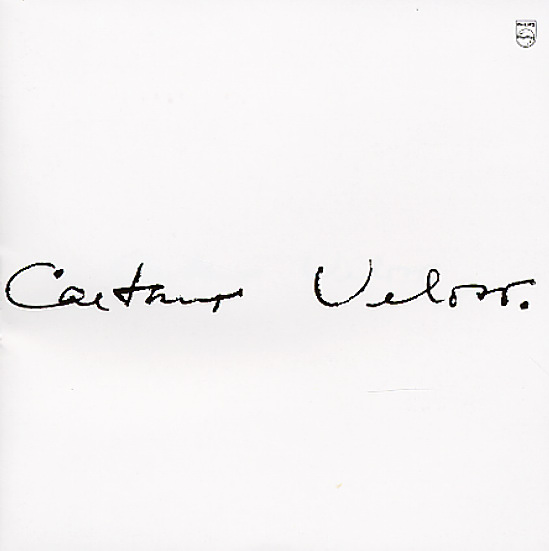 An album of pure genius – easily one of the greatest Brazilian albums ever, and a landmark set from the Tropicalia years! There's a brilliance here that's hard to describe accurately – quite possibly because the young Caetano Veloso is experimenting with so many new ideas, the album explodes with fresh energy on each new track! Offbeat bossa runs into weird production effects, subtle psychedelia, and heartfelt singer/songwriter material – all arranged by the mighty Rogerio Duprat, and featuring guest work from Gilberto Gil on guitar. The range of work here is tremendous – from the political "Empty Boat" to the fantastical "Lost in the Paradise", through other classics that include "Irene", "Os Argonautas", "Carolina", "Alfomega", "Chuvas De Verao", "Objeto Nao Identifcado", "Atras Do Trio Eletrico", and "Marinheiro So".  © 1996-2023, Dusty Groove, Inc.
(Limited edition.)