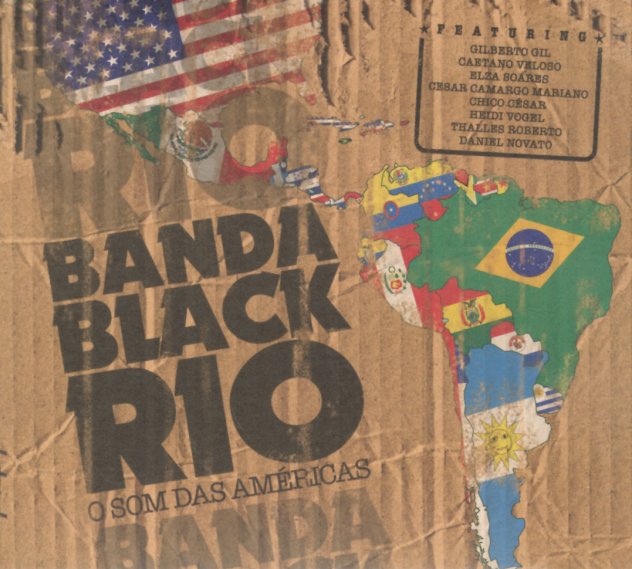 Contemporary work from Banda Black Rio – the legendary Brazilian funk band who gave us some really great records in the 70s! Turns out, the group still sounds great after all the passage of years – more in a modern soul mode overall, with a few more sophisticated twists and turns alongside the grooves – and a wider style overall, to make room for guests who include Gilberto Gil, Caetano Veloso, Elza Soares, Cesar Camargo Mariano, and others! Think of the music as a progression from earlier Brazilian soul modes – a bit in the way that early Ed Motta work was a step forward from the generation of Tim Maia – and amidst the great guest vocal work, there's also plenty of sharp instrumentation. Titles include "Arthur E O Gigante", "America Do Sul", "Labirintos", "Rir E Chorar", "Isabela", "Aos Pes Do Redentor", "Vento Leva", "Aguas Sabias", "Bossa Da Praia", and "Nove No Samba".  © 1996-2021, Dusty Groove, Inc.

Super Nova Samba Funk
Far Out (UK), 2011. New Copy
CD...$7.99 16.99
A brilliant new vision for the legendary Banda Black Rio – the pioneering samba, soul and funk combo that broke so much ground in the 70s and remain vital to this day – led here by William Magalhaes, in a mode that celebrates decades of the best Brazilian music, while fearlessly moving ... CD

Aguia Nao Come Mosca
Atlantic/Mr Bongo (UK), 1977. New Copy (reissue)
CD...$10.99 11.98 (LP...$23.99, LP...$19.99)
An incredible little record – and the set where it really all comes together for this legendary funky jazz group! Azymuth were already great on their debut, although maybe a little experimental at times – but here, they really find the soulful groove that later got them big fame on the ... CD