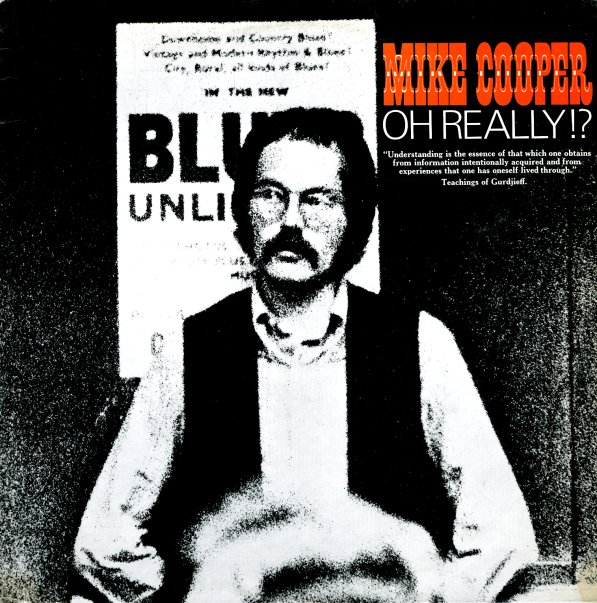 An early classic from British guitarist Mike Cooper – an artist who was part of that unique moment of mid 60s British blues – part folk, part rock, and with a quality that definitely paved the way for many other modes to come! The set has Mike Cooper mostly on guitar and vocals, in a style that's part Piedmont, part Delta blues – but also given a more folksy spin, and graced with Cooper's unusual vocals – almost making the whole thing feel like a spare acoustic version of Canned Heat territory – with titles that include "Maggie Campbell", "Saturday Blues", "Electric Chair", "Crow Jane", and "You're Gonna Be Sorry".  © 1996-2021, Dusty Groove, Inc.