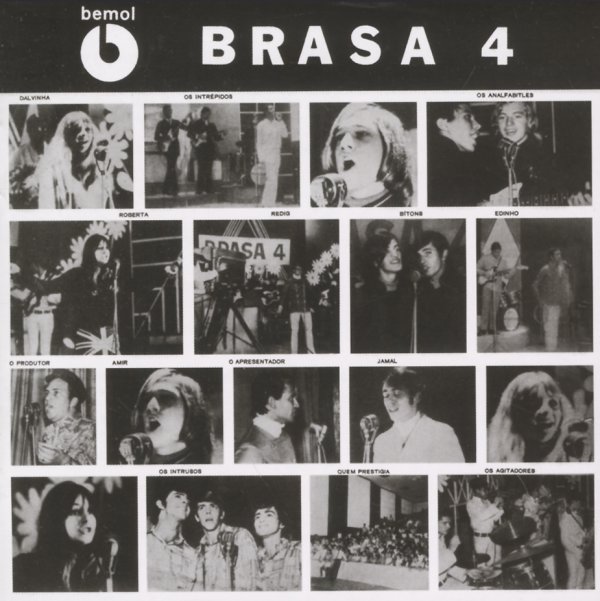 A cool collection of late 60s rock and pop from Brazil – and a set that stands as a nice contrast to some of the "song festival" albums from the time on Philips and Odeon! Like those sets, this one presents up-and-coming artists working through a variety of material – but rather than showcasing new styles, the modes here are maybe more in the jovem guarda style of the mid 60s – a bit more slavishly tied to American and European styles, although a few of the tunes here are of Brazilian origin too. There's a bit more complexity and sophistication to the music than the chart pop of a few years before – kind of in the way that west coast pop rock acts were letting their hair down a bit by the late 60s – and titles include "Como E Grande O Meu Amor Por Voce" by Os Intrusus, "O Que Ha De Mal Em Mim" by Bitons, "You Only Live Twice" by Os Agitadores, "When Summer Is Gone" by Analfabitles, "Voce Nao Serve Pra Mim" by Amir Francisco, and "Travessia" by Edinho.  © 1996-2021, Dusty Groove, Inc.