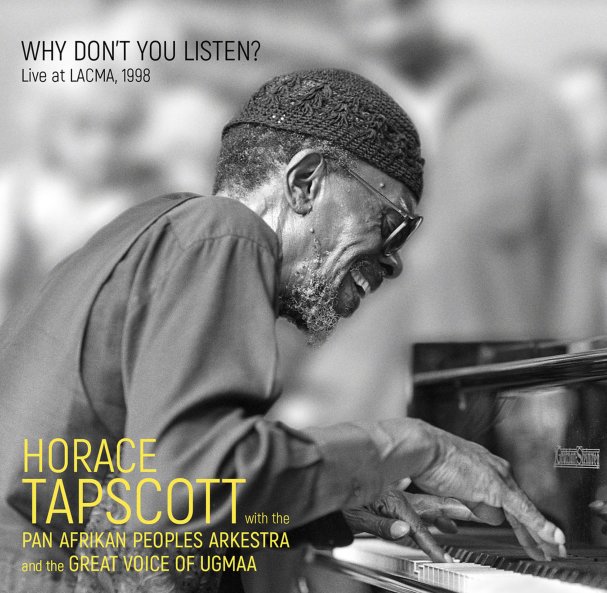 An amazing record from pianist Horace Tapscott – maybe one of his most ambitious projects ever, and a set that stands head and shoulders next to his classic work for the Nimbus label! As with some of those records, this set features his large Pan Afrikan Peoples Arkestra – performing live at LACMA in 1998, and also augmented by a vocal choir at times – working with a sense of pride and power that's very much in the best 70s spiritual jazz mode! We honestly didn't know that Tapscott had continued the group this far into the 90s – we've only heard them on record up through the early 80s – and the lineup really represents the maturing vision of the music, with some especially great work from Tapscott on piano, Phil Ranelin on trombone, and Michael Session on soprano, alto, and tenor – plus lead vocals from the mighty Dwight Trible. Titles include "Aiee The Phantom", "Fela Fela", "Listen Africa", "Caravan", and "Why Don't You Listen".  © 1996-2021, Dusty Groove, Inc.