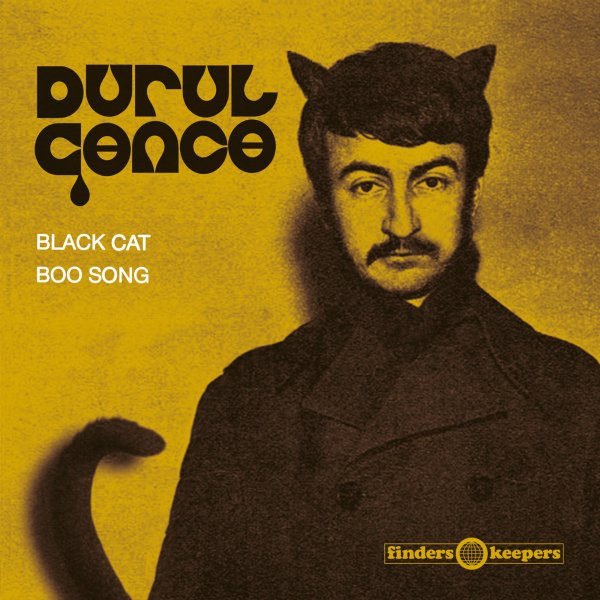 "Black Cat" is a groovy little tune from Turkish rocker Durul Gence – maybe slightly more Anglo-styled than music from some of his contemporaries, but in a really great way! Lyrics are in English, and the tune's got this great groove that mixes acoustic guitar and fuzz with plenty of dark corners around the edges – and "Boo Song" maybe feels even more British overall, with this use of acoustic guitar amidst more soaring arrangements – which, with Durul's vocals, make the whole thing feel like some lost London gem from 1969!  © 1996-2022, Dusty Groove, Inc.