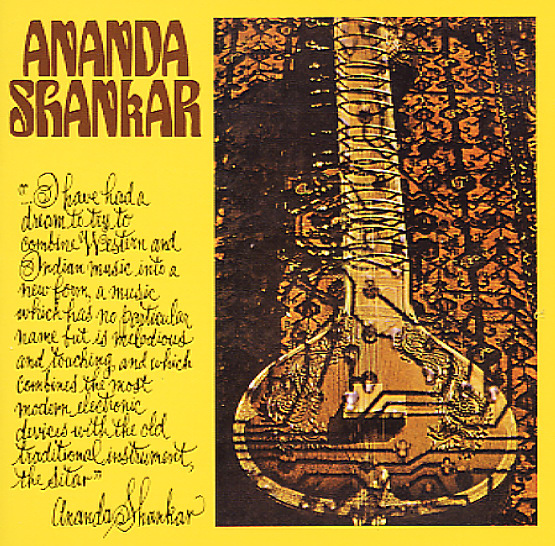 Insanely fantastic! Ananda Shankar was one of the hippest sitar players of the 60s – an artist who was not only steeped in the strongest traditions of Indian music heard in other more mainstream players, but one who also had a keen ear for modder and funkier grooves of the time! This rare American set by Ananda is one of his greatest ever – a brilliant mix of funky backings and tripped out sitar work – done in a way that blends together soul, funk, and rock – all given a particularly cool Indian twist. The vibe is very much in the best funky Bollywood style – but was actually done years before most Bollywood funk – and the set includes great covers of "Jumpin Jack Flash" and "Light My Fire", plus great original tracks like "Sagar (The Ocean)", "Snow Flower", "Dance Indra", and "Metamorphosis".  © 1996-2021, Dusty Groove, Inc.