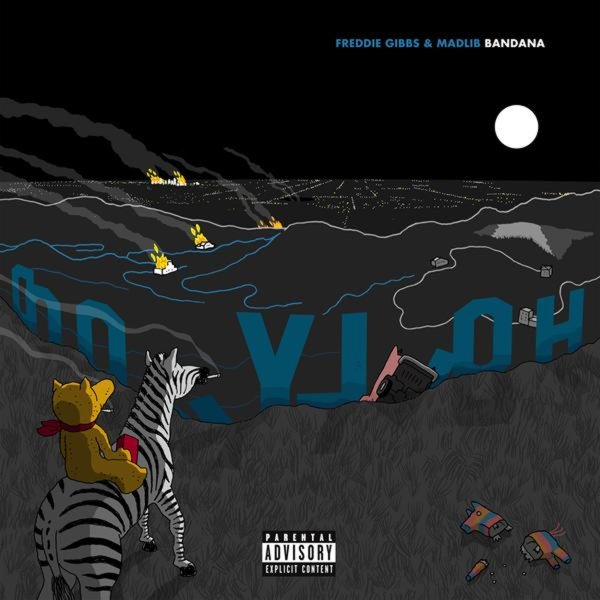 Maybe the best Madlib-produced LP since the highest peaks of the prime Stones Throw era, and Freddie Gibbs is on fire throughout! Each one does what he does best here and ups the ante. 'Lib is focused on crackling soul beats and hazy funk – masterfully utilizing vintage and contemporary sample sources from Donny Hathaway and Syl Johnson to Kaidi Tatham and The Heliocentrics – delivering the right kind of gritty headnodding vibe without compromising on his distinctive style. Freddie Gibbs is uncompromisingly raw and fiercely focused, varying the speed of his flow when the mood strikes, so what sounds like it might be an uncommonly inspired freestyle one second rolls into the most dexterous lyricism for the next couple minutes. Seriously strong stuff, with just a few guest appearances by Pusha T, Killer Mike, Anderson.Paak, Yasiin Bey & Black Thought. Titles include "Half Manne Half Cocaine", "Cataracts", "Gat Damn", "Education", "Crime Pays", "Palmolive", "Guannis", "Soul Right" and more.  © 1996-2021, Dusty Groove, Inc.

Shining – Instrumentals
BBE (UK), 2006. New Copy 2LP Gatefold
LP...$29.99 34.99
A glorious send off from J Dilla – with some of the most soulful productions Dilla's ever laid down! It's impossible to listen to The Shining without considering the sad circumstances surrounding its release, and all too easy to over praise, but this record is filled timelessly inventive ... LP, Vinyl record album