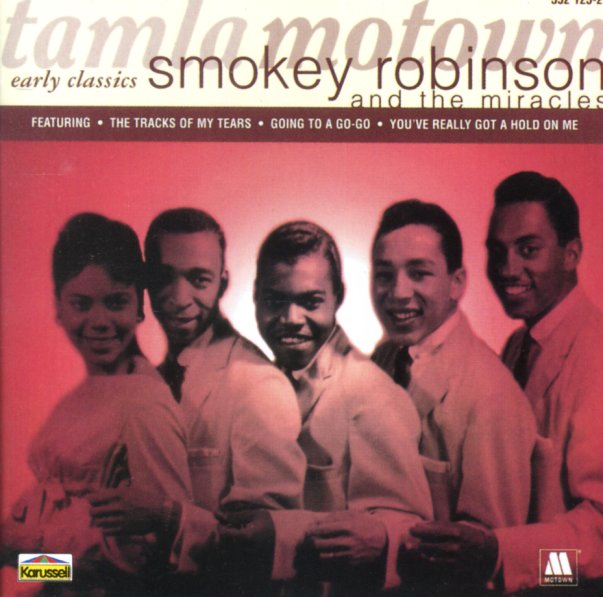 Great stuff! Smokey and the group always had a strong strong sound – and of all the Motown vocal groups, they were probably the first to develop the kind of a harmony sound that really sends us! Plus, the mix of Smokey's high voice with the lower ones of the other group members (and the soprano of their female member) really makes the voices open up in a great way. This set includes a lot of hits from the middle years – like "Shop Around", "Tracks Of My Tears", "Going To A Go Go", "The Monkey Time", "Wah Watusi", "You've Really Got A Hold On Me", and "Would I Love You" – but it's all nice!  © 1996-2021, Dusty Groove, Inc.
(Out of print.)