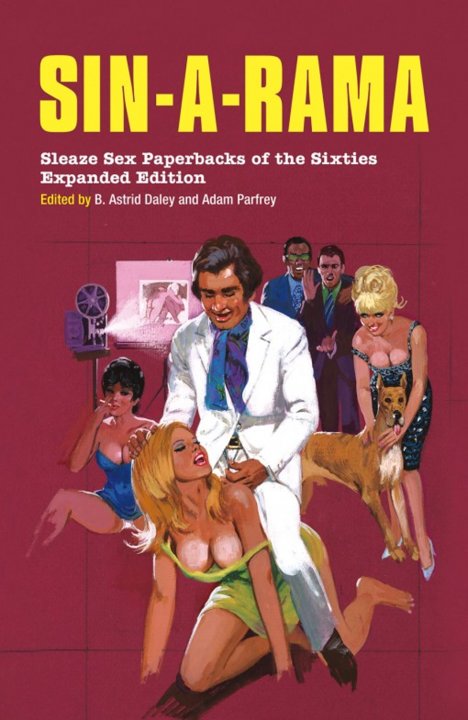 The first book we've ever seen to fully do justice to the world of porn paperbacks in the 60s – that insanely profitable underground that existed in a space between girlie mags and cinematic pornography – when words enough were plenty to titillate the libido of a reader! Many of the publishers were secretive, distribution was often controlled by the mob, and some of the writers were bigger stars working under fake names for ready cash – all to create a surprisingly rich tapestry of work that's mostly been lost to the shifting sands of time! The large volume features many essays on different topics within the field – alongside an insane amount of full color images reproducing the paperbacks in all their glory – images that are far wilder than the one on the front of the book, and which make reading the text a complete delight throughout. The whole thing is way more than the usual fluff books that just present lurid paperbacks – as the writing is great, full of knowledge, and really gets at the heart of the matter – with profiles on writers that include Donald Westlake, Lawrence Block, Eric Stanton, Gene Bilbrew, Ron Haydock (aka Vin Saxon), and even Ed Wood – and contributions from Miriam Linna, Lydia Lunch, Robert Silverberg, and others. 327 pages, softcover, and full color throughout.  © 1996-2021, Dusty Groove, Inc.