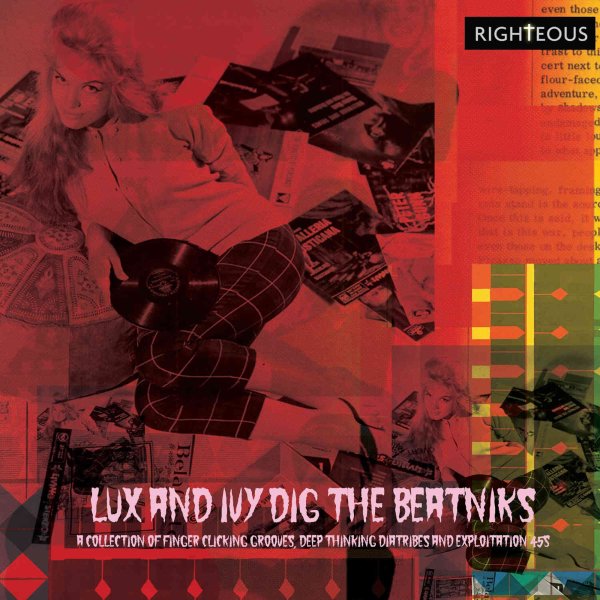 A crazy collection of singles from the pre-hippie years of the beatnik – that cool cat who loved jazz, read poetry, and dug the scene with plenty of attitude! That attitude is the main focus of most of the cuts here – obscure tracks from the late 50s and early 60s that poke fun at the heady thoughts and easy intellectualism of the beat scene – presented in a range of different styles that really run the gamut – from jazz, to rock, to many other genres in between – including a fair bit of offbeat spoken word and instrumental records too! The vibe here follows nicely in the other Lux & Ivy collections on the Righteous label – full of weird and wild records we never would have discovered otherwise – with cuts that include "Dog" by Bob Dorough, "Laffin Beatnik" by Johnny Beeman, "Reaching Into In" by Ken Nordine, "No Pictures Please" by Rod McKuen, "Manhattan Fable" by Babs Gonzales, "Pimples & Braces" by Spike Jones & The City Slickers, "Teenage Beatnik" by Louis Nye, "A Beatnik Story" by The Expressos, "Meet The Bongo Man" by Johnny O, and "William Butler Yeats On The Third Avenue El" by Lawrence Ferlinghetti.  © 1996-2022, Dusty Groove, Inc.