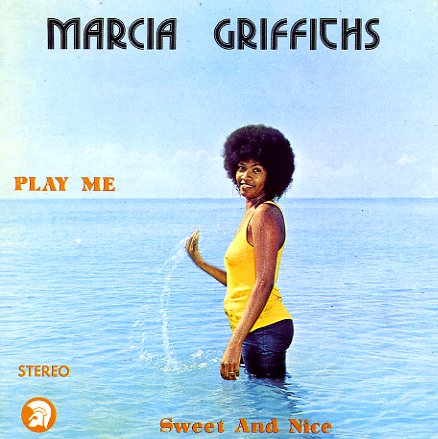 Fantastic work from Marcia Griffiths – the Jamaican singer who first rose to fame in the duo of Bob & Marcia – but who already sounds very much her own woman on this classic set from the 70s! The groove is as much funky soul as it is reggae – in fact maybe more the former than the latter – and Marcia's got this proud, righteous approach that's very different than her style of just a few years before – set to great grooves that have sharp core instrumentation with Lloyd Charmers on piano and organ, and Willie Lindo on guitar. Almost more of a female funky soul record on most cuts – with tracks that include "Here I Am Baby", "Children At Play", "I'd Rather Be Lonely", "Sweet Bitter Love", "There's No Me Without You", "Everything I Own", "Green Grasshopper", and "Gypsy Man". Also features a full album of rare bonus tracks – including "Play Me", "The First Cut Is The Deepest", "Melody Life", "Don't Let Me Down", "Band Of Gold", "I See You My Love", "It's Too Late", "Baby If You Don't Love Me", "Love Walked In", and "Working To The Top".  © 1996-2022, Dusty Groove, Inc.