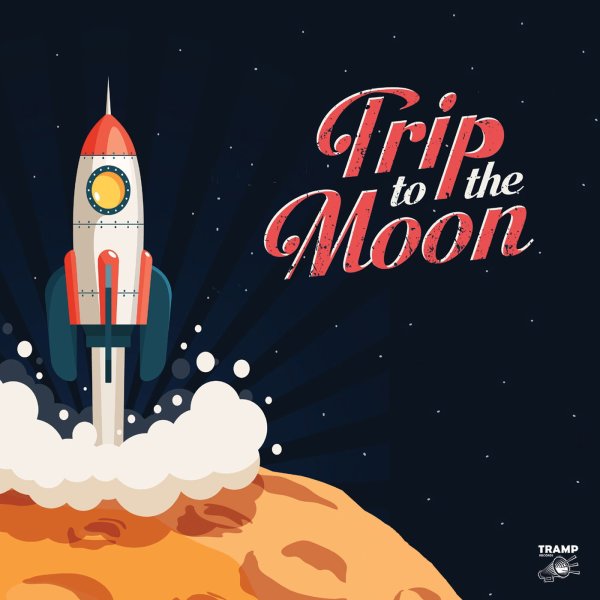 Turns out, folks were going to the moon long before Neil Armstrong took his giant step for mankind – spinning out into space with rare singles like these – all great moon-themed numbers that rocket into space with solid fuel of their own! The set's got this fantastic mix of styles – deep soul, heavy funk, raw garage rock, and stomping R&B – plus a few other numbers that almost defy description, but which share plenty with the rest in terms of their space-age themes and cool approach to instrumentation and production! There's plenty of playful moments throughout – and the whole thing is a groovy collection of tracks that we mostly wouldn't have heard otherwise. Titles include "Walking On The Moon" by Rev Jamel & Bob Johnson, "Sputnik" by Sidney Owens & North South Connection, "Moon Man Is Back" by La La Wilson, "Crazy Stockings On The Moon" by The Swinging Astronauts, "Moon Child" by Ernest & DL Rocco, "Mars In 75 (part 1)" by Sunny Man Kado, "Mondgesicht" by Orchester Ambros Seelos, "Moon Child" by Scott Cunningham Band, and "Voyage To The Moon" by Black Fox.  © 1996-2021, Dusty Groove, Inc.

Disco With A Feeling – An Introduction To The Heart & Soul Of Independent Disco
Athens Of The North (UK), Late 70s/Early 80s. New Copy
CD...$11.99
A set that really lives up to its title – as all these rare tracks really have a special sort of feeling – a warm spirit and positive energy that's way different than you might expect from the title! In fact, it's probably not even fair to call this work disco at all – as most of ... CD