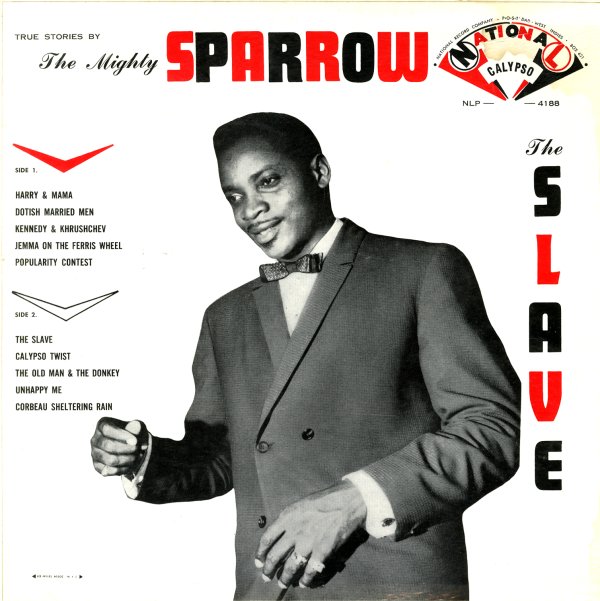 A great 60s record from Mighty Sparrow – and the kind of set that shows just how different calypso music could sound when you got away from Harry Belafonte and the hits! The music here is every bit as political and socially conscious as earlier recordings of the genre – but you can also hear some of the cool 60s changes taking place on the Caribbean scene – including great use of horns to inflect most of the tunes with a great sort of edge – in the way Jamaican jazz and mento styles were shifting gears into rocksteady and ska! Sparrow's vocals have plenty of bite – and titles include "The Slave", "Calypso Twist", "Corbeau Sheltering Rain", "Popularity Contest", "Stupid Married Man", "Kennedy & Kruschev", and "Old Man & The Donkey".  © 1996-2021, Dusty Groove, Inc.