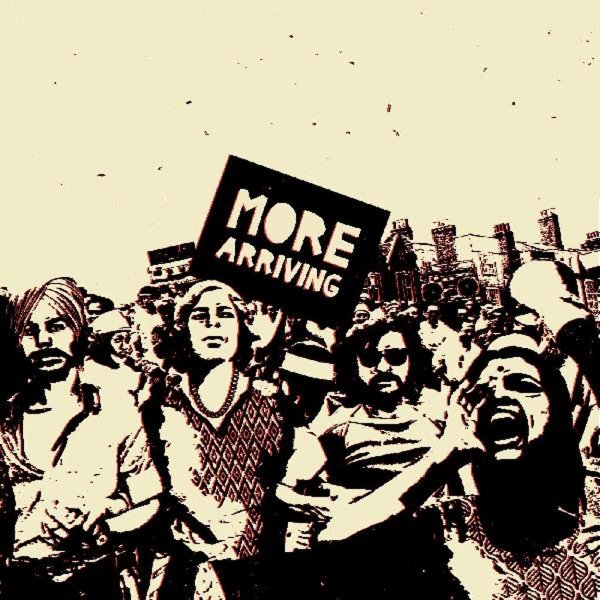 A very different album than the previous effort from drummer/percussionist Saratha Korwar – a lot more political, as you might guess from the title – and a set that has the London musician working with performers from the hip hop scenes in Mumbai and New Delhi! Most of the tunes have a soaring, majestic quality – a similar blend of jazz and global elements that we've heard in Korwar's music – but the additional of lyrics on most numbers really transforms the whole thing, and uses Korwar's strong sonic sensibilities as the backdrop for some very powerful global messages! MCs include Trap Poju, MIrande, Zia Ahmed, Aditya Prakash, Deepak Unnikrishnan, MC Mawali, and Delhi Sultanate – and titles include "Mango", "City Of Words", "Bol", "Pravasis", "Good Ol Vilayati", "Coolie", and "Mumbay".  © 1996-2021, Dusty Groove, Inc.