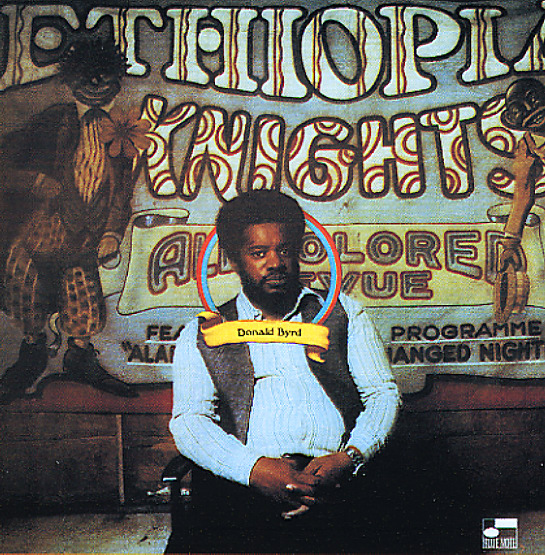 Sweet electric funk – in a very trippy style, and very different than the later funky fusion from trumpeter Donald Byrd! Before Byrd hooked up with Larry Mizell and started recording his smooth fusion grooves of the mid 70s – on records like Blackbyrd and Street Lady – he recorded this gem, kind of a "lost" album that has Donald working in an open-ended electric sound – one that's clearly inspired by the experiments of Miles Davis, but which has a generally funkier feel overall! The tracks are very long – with lots of spiraling keyboard and trumpet solos – and the hip players on the set include Bobby Hutcherson on vibes, David T Walker on guitar, Harold Land on tenor, and Joe Sample on organ – a very cool combo that's got a cross between The Crusaders and the Hutcherson/Land quintet! We love the tracks on this set – especially "The Emperor" and "The Little Rasti", which are both over 15 minutes long, and have a haunting spacey sound that's a departure from Donald's usual work!  © 1996-2021, Dusty Groove, Inc.