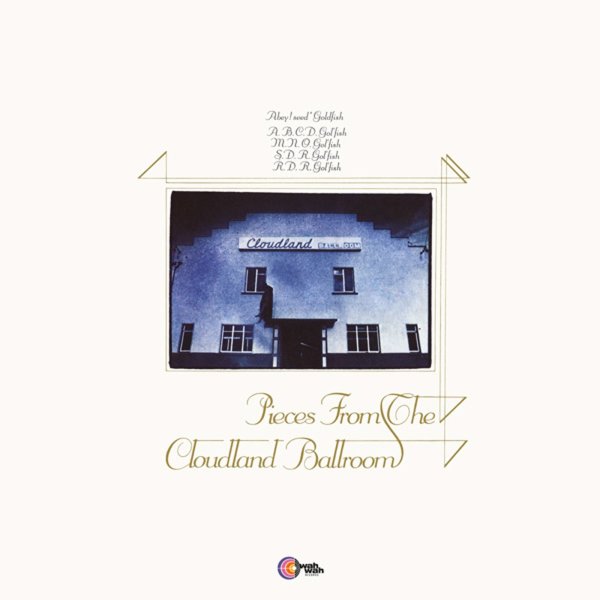 Pieces From The Cloudland Ballroom

The first solo album from Anthony Moore – best known as one of the founding members of Slapp Happy, but here emerging as a hell of a contemporary composer – with an approach that ties together the avant and underground rock worlds of the early 70s – a bit like some of the Brian Eno-produced albums on the Obscure label! "Jam Jem Jim Jom Jum" is a long piece that takes up all of side one – and features five voices each repeating different passages, and shifting in space – essentially the words "Jam", "Jem", "Jim", "Jom", "Jum", and "Ba" – which are phrased differently, in different phases, and combined with some really cool keyboards. "Mu Na Huile Ni A Shaoileas Iad" is a keyboard piece – and has a vibe that's almost like a slow-moving Terry Riley piece, but with more "crystal" sounding keyboards. "ABCB Gol'Fish" is another keyboard number, with some snapping hi-hat alongside the pulse – all ringing out in a beautiful minimalist groove!  © 1996-2020, Dusty Groove, Inc.
(Limited edition of 500!)