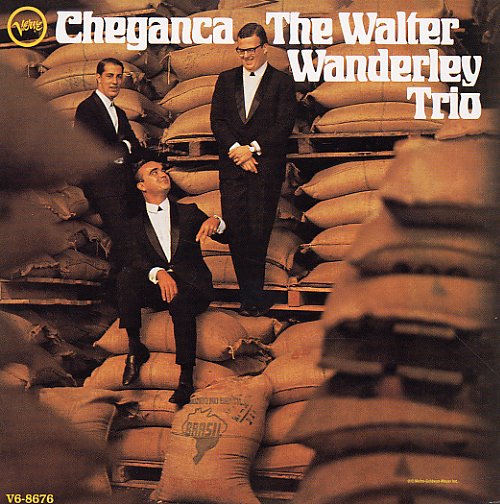 Bossa nova meets organ jazz – a real classic from the great Walter Wanderley, recorded right on the heels of his famous Rain Forest album for Verve! This set's in a very similar format to that one – core trio grooving with organ, bass, and drums – sometimes augmented with added percussion to expand out the bossa and samba rhythms of the tunes, but always done in that lean, clean style that made Wanderley a key figure in transforming the sound of the Hammond back in the 60s – not just in Brazil, but in US jazz circles as well! Tracks are all short, tight, and very groovy – and titles include "Voce E Eu", "Aqua De Beber", "Man & A Woman", "Amanha", and "Da Me".  © 1996-2021, Dusty Groove, Inc.
(Cover has light wear.)