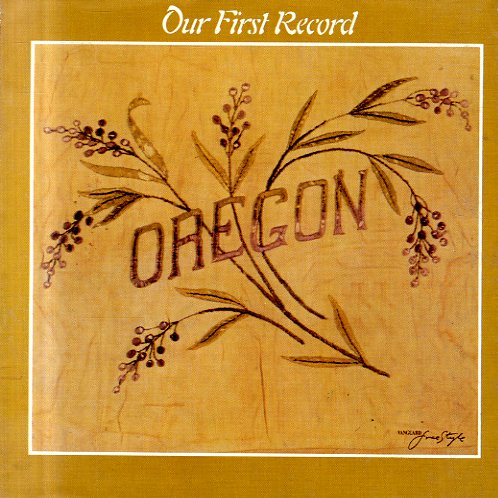 The fantastic first outing of Oregon as a quartet – recorded right after the group's initial work with the Paul Winter Consort – but not released until a decade after the material was first put down to tape! Oregon had already reached greater fame by the time of the record's issue in 1980 – but you can easily hear the fullness of their vision here, right at the start – the unusual blend of world elements and jazz – served up in a pre-ECM universe by Ralph Towner on guitars, piano, and mellophone; Paul McCandless on oboe and English Horn; Glen Moore on bass and flute; and Collin Walcott on tablas, sitar, 12 string guitar, percussion, and esraj. The songs are maybe a bit more spacious and shorter than later years, but the group's sound is very firmly in place – on titles that include "Jade Vision", "Margueritte", "Canyon Song", "Full Circle", "Collin's Delite", and "Aheer".  © 1996-2022, Dusty Groove, Inc.