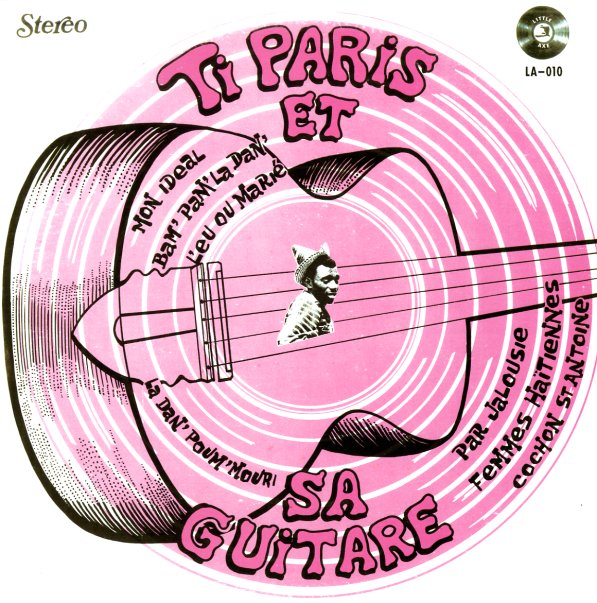 Beautiful work from Ti Paris – a Haitian guitarist who works here in a relatively stripped-down setting – usually just his voice and acoustic guitar, light percussion, and occasional chorus vocals! The approach is quite different than later Haitian music we know – and has this timeless feel, but without any of the too-rootsy modes of more ethnographic Haitian recordings. Ti Paris occupies a unique spot in the emergency of modern sounds from Haiti – and you can really hear that quality in this landmark album. The whole thing's wonderful, with a warmth and personal quality that really transcends language – and titles include "Mon Ideal", "La Dan Poum Mouri", "L'Eu Ou Marie", "Voyages Ti Paris", and "Femmes Haitiennes".  © 1996-2021, Dusty Groove, Inc.
(Haitian stereo pressing on Haiti Record. Cover has split seams, some stains along the top, and a bit of red pen on front.)