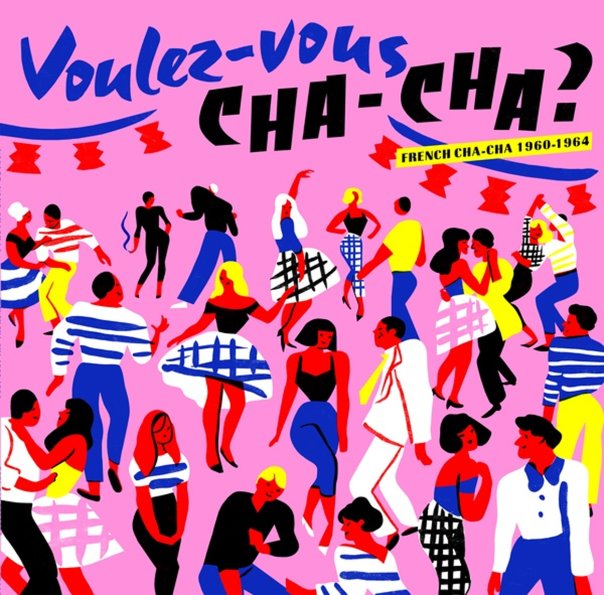 A really groovy set of tracks – not just the French cha cha promised by the title, but instead this beautiful mash-up of sounds and styles – often with results that are pretty darn unique! Sure, the rhythms are Latin, and the language is French – but there's also strands of crime jazz, soundtrack modes, hi-fi scoring, and other cool approaches of the period – so that the tunes come together with all these wonderful twists and turns, very cool surprises, and often a nice dose of humor as well! Titles include "Le Fil Direct" by Billy's Sax, "Please Mr Hitchcock" by Cassius Simon, "Cha Cha Transistor" by Jack Ary, "Mundial Cha Cha" by Norman Maine, "Ca C'Est Du Proulet" by Los Chiquitos, "Ne Nous Fachons Pas" by Spartaco Sax, "Cha Cha Stop" by Gilian Hills, "Le Soukou Soukou" by Les Kills Cats, and "Marchand De Melons" by Les Bretelles.  © 1996-2021, Dusty Groove, Inc.
(Includes download!)