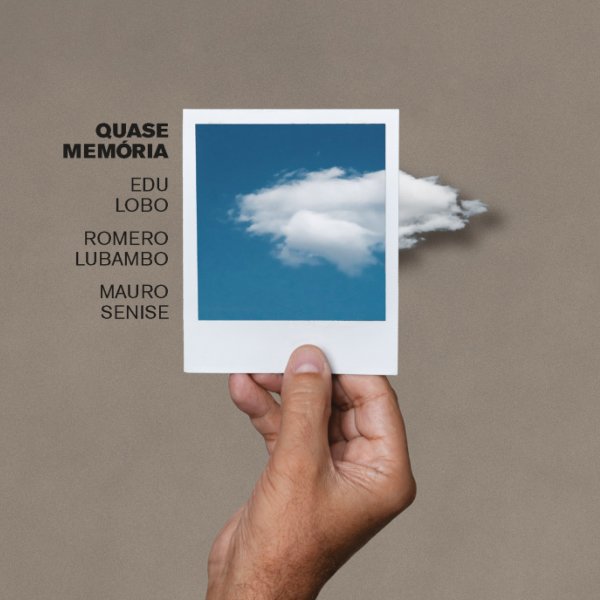 A beautiful meeting of these thoughtful Brazilian creative talents – in a mode that provide a perfect backdrop for the vocals of the great Edu Lobo! Lobo's been a sophisticated force from the 60s bossa years onwards – and in recent years, he's gotten even more subtle and personal in his approach – in a way that really comes through here, with his well-phrased original lyrics set up in light instrumental settings that feature the guitar of Romero Lubambo and flute and saxes of Mauro Senise – with occasional guest work from Cristovao Bastos on piano, Kiko Horta on accordion, and Anat Cohen on clarinet. The tunes have all the charms of Lobo's lofty work from the 70s, but in a very different way – and titles include "Rosinha", "Labia", "As Mesmas Historias", "Terro Do Nunca", "Peregrina", "Senhora Do Rio", and "Quase Memoria".  © 1996-2021, Dusty Groove, Inc.