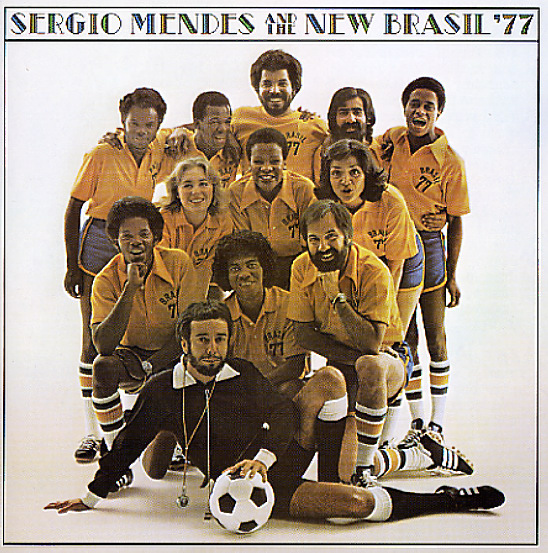 One of the funkiest albums Sergio Mendes ever recorded – a monster of a record that's filled with enough dancefloor groovers to have had a big impact on the soul market in the US! There's still elements of the older Mendes modes – especially in the way the vocals float nicely through the mix – but the overall groove is polished 70s soul, with plenty of jazzy touches – similar to the modern soul generation coming up on labels like Capitol or Elektra at the time. The group delivers a landmark version of Stevie Wonder's "The Real Thing" – a killer stepper that's kept the album alive for years – and other tracks include "Why", "Love City", "Mozambique", "Love Me Tomorrow", "P-Ka-Boo", and "Peninsula".  © 1996-2020, Dusty Groove, Inc.
(Cover has a cutout notch.)