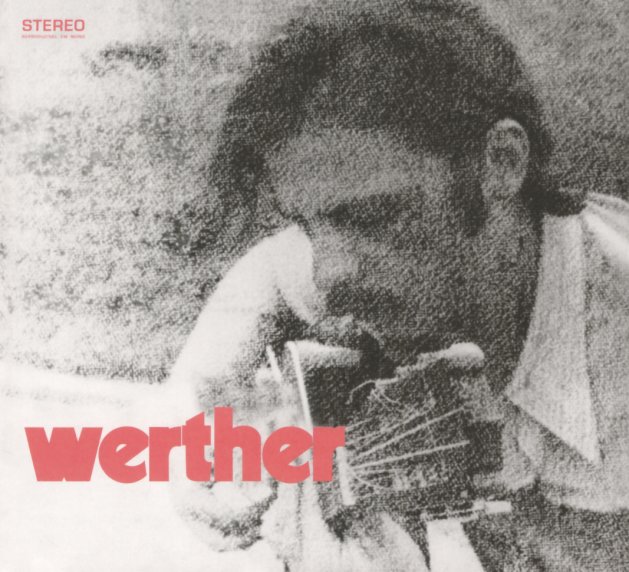 A lost late bossa gem from the Brazilian scene of the 70s – served up by a singer with an acoustic guitar, but in a way that's a lot more complex than bossa nova records of the 60s! Werther works here in territory that's a bit like Joyce or Edu Lobo at the time – music that uses the core elements of a generation before, but in ways that open up in a range of different moods – sometimes with larger arrangements providing some of the complexity, sometimes with qualities that come from the singer himself – especially when his lead vocals are given some sublime harmony backup. The sense of sound balance and tone is superb – like some of the territory that Marcos Valle or Arthur Verocai were exploring at the time – and titles include "Lenda", "Rei Do Chao", "Terca Feira", "Leilao", "Catavento", "Mudanca", "Ave Maria", and "Dimensao".  © 1996-2022, Dusty Groove, Inc.
(Includes download!)

Rota-Mar (with bonus tracks)
Continental/Altercat (Germany), 1983. New Copy (reissue)
LP...$29.99
A beautiful little record from the Brazilian scene – served up by a trombonist who's got a great ability to mix Brazilian rhythms, jazzy grooves, and American soul! The approach is one that you might recognize from contemporary trombonist Raul DeSouza, who moved to the US in the 70s, and cut ... LP, Vinyl record album

Misterios Da Amazonia
Atonal Producoes/Altercat (Germany), 1980. New Copy (reissue)
LP...$24.99
A Brazilian album from the start of the 80s, but one recorded in an all-acoustic mode that makes the whole thing tremendously timeless over the years! Ronaldo L Freitas is the guitarist pictured on the front – and he provides these amazing guitar lines that have all the deftness of the best ... LP, Vinyl record album