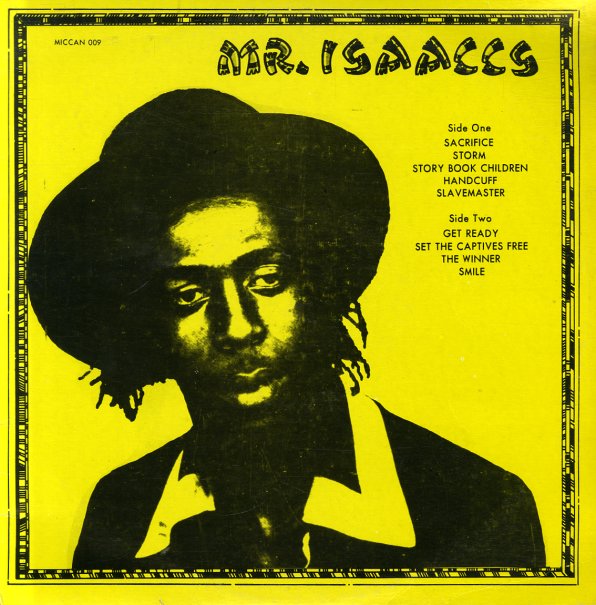 Fantastic early material from Gregory Isaacs – captured here early in his career, and working in a deep roots reggae mode – recording at Channel One with great direction from Ossie Hibbert! The set's laidback and righteous, in ways that let all the soulful qualities of Isaac's vocals still come through – but in a very different way than on his later hits! The rhythms are provided by the Revolutionaries – a perfect choice for the record – and titles include "Slave Master", "Story Book Children", "Get Ready", "Set The Captives Free", "Hand Cuff", "Storm", "Sacrifice", and "Smile". This great 2CD set features bonus material on CD1 – "The Sun Shines For Me", "Mr Know It All", "African Woman", "Thief A Man", "Love Light Burning", "My Conversation", and "Mr Brown". CD2 features the full album Leggo Dub – related dub material by the Ossie All-Stars – The Revolutionaries working with Ossie Hibbert on some wicked instrumentals that have plenty of core rhythms that never stray too far, while Hibbert makes magic with echo and other slight studio techniques! Titles include "Dubby Dubby", "Winners Dub", "Dub Down Babylon", "Ghetto Dub", "Brooklyn Style, "Leggo Dub", and "Doberman Skank". CD2 also features bonus tracks – "Jump & Pawn" by Clint Eastwood, "CB 200" by Dillinger, "War Of The Stars" by Ossie & The Revolutionaries, "Take A Dip" by Dillinger, and "Lik Her She Gone" by Big Joe.  © 1996-2021, Dusty Groove, Inc.