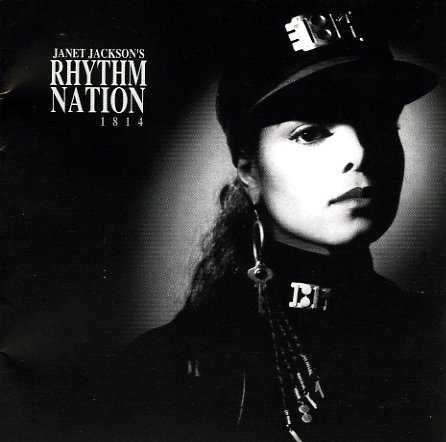 A crowning moment in New Jack Swing – or New Jill Swing, as it were – a perfect step forward for Janet Jackson, as she continues to work with the duo of Jimmy Jam and Terry Lewis, with a vibe that was setting the scene for the rest of mainstream soul at the time! The album's got a larger overall feel than her previous set – partly because it makes use of the expanded CD recording style to add in interludes that link the tracks, and create a great flow through the record – while the lady herself still soars through plenty of catchy cuts that would win her some big hits! Titles include "Escapade", "Miss You Much", "Rhythm Nation", "Alright", "Love Will Never Do (Without You)", "Black Cat" and "Come Back To Me".  © 1996-2023, Dusty Groove, Inc.
(Great 2LP pressing – a lot more spacious than the original!)

Dude
A&M, 1981. New Copy Gatefold (reissue)
LP...$22.99 29.99 (CD...$4.99)
A super-huge album from Quincy Jones – a record that's almost like Quincy's trying to show the whole younger generation that an older master like himself can still deliver the goods! The set was delivered right after Quincy helped out Michael Jackson on Off The Wall – and while it's ... LP, Vinyl record album