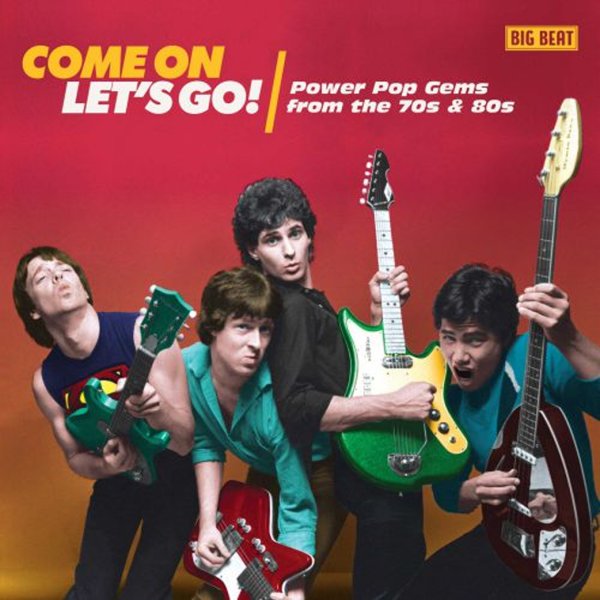 A fantastic introduction to the world of power pop – that tight, fast, catchy style of music that came about at the same time as punk – and which flourished for a few short years as a more tuneful take on the sound of the underground! Some of the artists here hit big in the years before, others were later smothered in the world of 80s chart hits and music videos – but for a brief, wonderful time, the record racks exploded with great singles and album tracks like these – tunes that almost were a back-to-basics approach after the era of AOR and classic rock, but without some of the sneering attitudes of punk. Most of the artists here are American, and there's a few gems here from the early 70s – key tracks that point the way towards the golden era – all captured beautifully by Ace/Big Beat with their usual detailed notes and history on the music. Titles include "Let Go" by Dirty Looks, "Come On Let's Go" by The Paley Brothers with The Ramones, "Baby It's You" by The Boys, "Nothing Comes Close" by Bill Lloyd, "Better Than Anyone Else" by The Toms, "Nuclear Boy" by 20/20, "Rock & Roll Is Dead" by The Rubinos, "One World" by Utopia, "Andy Please" by Van Duren & The Jody Stephens, "The Trains" by Nashville Ramblers, "Shake Some Action (first version)" by The Flamin Groovies, "What I Like About You" by The Romantics, "I Need That Record" by The Tweeds, "Looking For The Magic" by Dwight Twilley Band, "Kerri" by Robert Johnson, "Radio Heart" by The Secrets, and "Teen Line" by The Shivvers.  © 1996-2021, Dusty Groove, Inc.