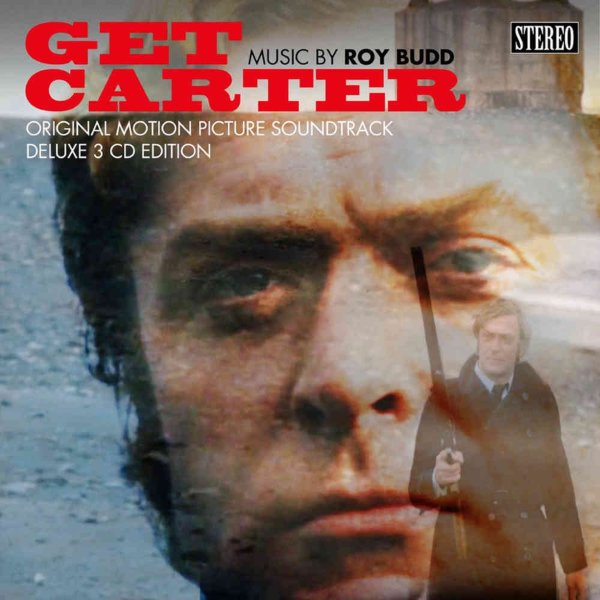 Maybe the greatest moment ever from Brit soundtrack genius Roy Budd – an artist who started with his roots in jazz piano, but who really explodes here in a range of groovy styles! The main title is an incredible blend of Eastern percussion and moody jazz – and other cuts bring in some trippier elements, mixed with funkier bits and warmer moments – all at a level that have Budd even outdoing the best late 60s work by Lalo Schifrin! The keyboards are often at the forefront – either acoustic or electric – and the album's got so many groovy grooves, with such variety, it's got a feel that's much richer than the usual soundtrack set. Titles include "Love Is A Four Letter Word", "Carter Takes A Train", "Looking For Someone", "The Girl In The Car", "Livin Should Be This Way", "Manhunt", "Goodbye Carter", and "Hallucinations". This fantastic 3CD set is overflowing with greatness! First, the whole thing comes in a heavy book-style cover – with dozens of pages of notes, photos, and images from the film – and CD2 features 18 more rare mixes of songs from the film – a great addition to the 22 tracks on CD1 – making for a whopping 40 tracks in all. CD3 features 19 more Roy Budd grooves, mostly from soundtracks – songs that include "Mr Funker", "Diamond Fortress", "No Cooperation", "Cassette Jazz", "How Can We Run Away", "Fear Is The Key", "Who Needs Love Anyway", "Versailles Exit", and "Jazz It Up".  © 1996-2021, Dusty Groove, Inc.