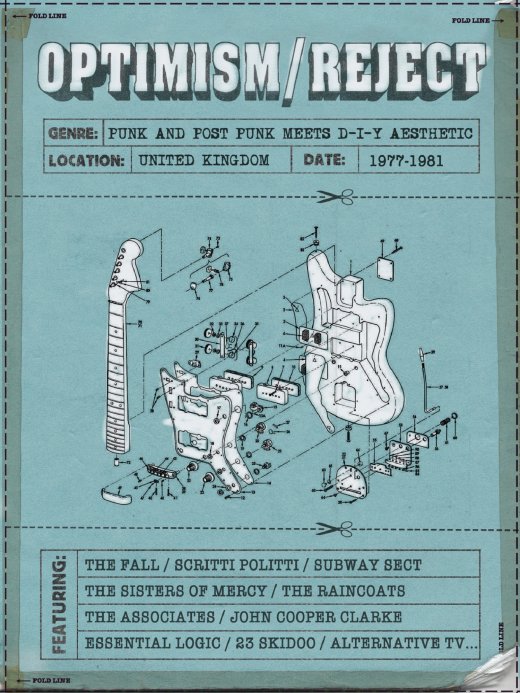 A huge document of one of our favorite moments in the UK scene – a time that paralleled the rise of punk, but which also produced a fair bit of music in a very different vibe – even though the artists were inspired by the same sort of energy! Most of the groups here are exploding with new ideas – some loud and raw, some subtle and witty – almost all recorded with an "anything goes" quality, which includes some great ears for studio experimentation, but in a very simple way – making the few familiar instruments often sound unusual, and doing great things for the offbeat vocals too. Some of the artists here rose to greater fame in different modes a few years later, some only flashed briefly during this wonderful stretch of time – and the whole thing has a very big book-style package, with many pages of notes that really tie the whole thing together! 105 tracks in all – with work by Nightmares In Wax, Young Marble Giant, Blurt, Tesco Bombers, Au Pairs, Eater, Alternative TV, Tights, Victim, Art Attacks, Tea Set, Raincoats, Fatal Microbes, Disco Zombies, The Shapes, Spizzoil, Josef K, The Membranes, Blancmange, Sisters Of Mercy, The Fall, Scritti Politti, John Cooper Clarke, Subway Sect, They Must Be Russians, The Higsons, Sad Lovers & Giants, 23 Skidoo, Vivien Goldman, Eyeless In Gaza, Mo-Dettes, Medium Medium, and many more!  © 1996-2020, Dusty Groove, Inc.