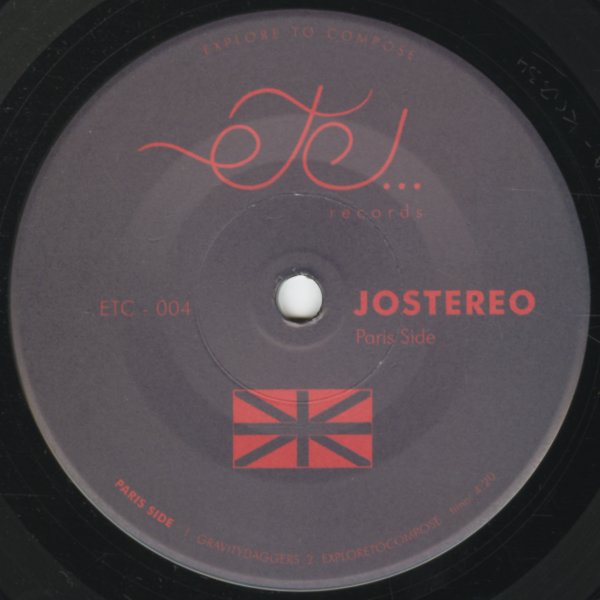 A bicontinental beathead summit with Chicago's own Radius Etc pairing up with Paris producer Jostereo! Jostereo's side is an impressive blend that kicks off with a bit of classical piano that quickly settles in beats and bass that subtles pulls it into heady instrumental hip hop, and gets richer from there with electric keys and even a bit of Prince-esque electric soul guitar. Radius balances it all out nicely on the other side with snapping bass and hazy beats from the start, but mellows out to soul jazz piano backed beats to close out his side.  © 1996-2021, Dusty Groove, Inc.