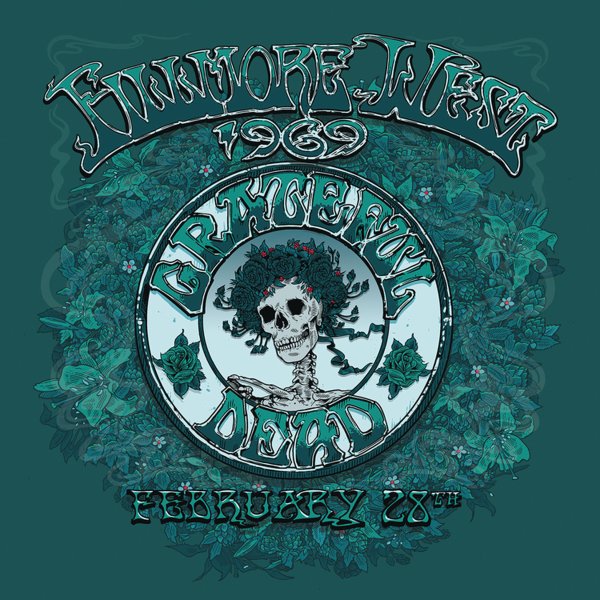 Vintage Grateful Dead – recorded in their prime, and on very familiar home turf of the Fillmore West! The previous day's show has already been issued on vinyl, but this is the first time ever for the 28th of February – a longer show, with maybe even more freewheeling activity – served up here on 5LPs that feature 9 sides of music, plus a bonus etching on the 10th side! All tracks are long and jamming – and titles include "That's It For The Other One", "Turn On Your Lovelight", "Death Don't Have No Mercy", "Caution Do Not Stop On Tracks", "The Eleven", "Doin That Rag", "I'm A King Bee", and "Morning Dew" – plus "feedback" and "drums" tracks.  © 1996-2022, Dusty Groove, Inc.
(Rhino Summer Of 69 pressing – exclusive to brick & mortar stores.)