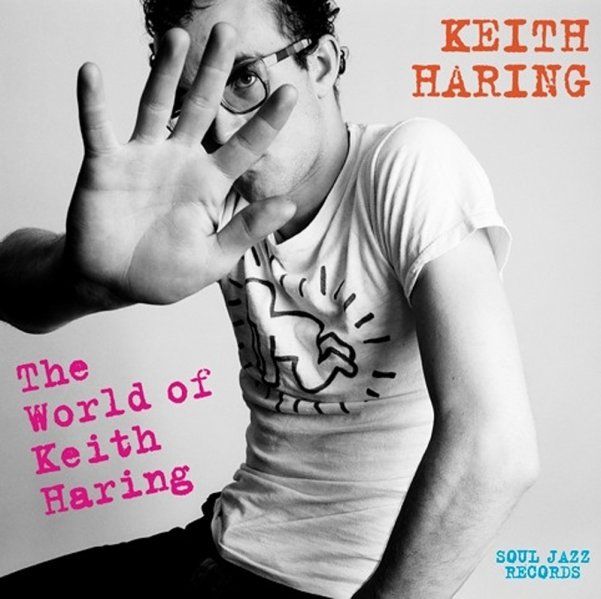 Way more than just a tribute to the legendary artist Keith Haring – as the collection's more of a portrait of the downtown New York scene in which Haring lived and worked – served up here as a fantastic blend of hip hop, street soul, and offbeat club tracks from the time! The music here is a great antidote to more familiar territory in the disco and 80s groove years – as many of these artists effortlessly combine stylistic modes with the same groundbreaking energy that Haring brought to his artwork – signaling the rise of a whole new generation, while also giving them a great soundtrack of grooves! The double-length package is wonderful – full of music that most folks might not expect together, but which really set the scene back at the start of the 80s – tracks that include "It's Music" by Damon Harris, "For The Same Man" by B Beat Girls, "Weekend (Larry Levan mix)" by Class Action, "Elephant Man" by The Girls, "Chuka Ja" by Adiche, "Danger" by Pylon, "Pak Man" by Jonzun Crew, "Bump & Grind It" by John Sex, "Jam Hot" by Johnny Dynell, "Over & Over (12" disco)" by Sylvester, "I Zimbra" by Talking Heads, "Sortie 134 (part 2)" by Art Zoyd, "Let's Do It" by Convertion, "Cut It Up High Priest" by Gray, "Love Money" by Funk Masters, "Change The Beat" by Fab 5 Freddy, "ET Boogie" by Extra T's, "Guardian Angel Is Watching Over Us" by Golden Flamingo Orchestra, and "Jeffrey I Hear You" by The Girls.  © 1996-2021, Dusty Groove, Inc.

Soul Of A Nation – Jazz Is The Teacher Funk Is The Preacher – Afro-Centric Jazz, Street Funk, & The Roots Of Rap In The Black Power Era 1969 to 1975
Soul Jazz (UK), Late 60s/Early 70s. New Copy
CD...$18.99 22.99
The hippest funky jazz from the start of the 70s – music that takes all the pride, power, triumph, and challenge of the 60s – and focuses into a bold new energy for a young generation! The work here draws equally from jazz and soul, with lots of other global influences coming into play ... CD