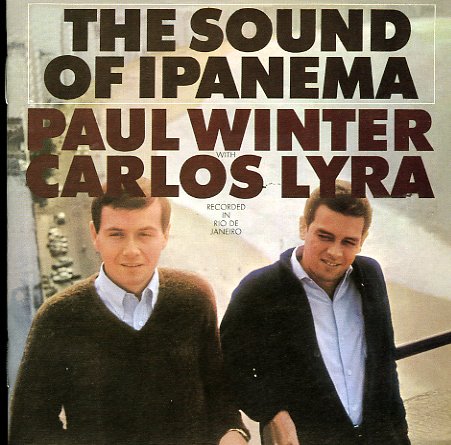 The sound of Ipanema in the 60s – served up here in a great partnership between American jazzman Paul Winter, and bossa composer Carlos Lyra! The album's an excellent bossa jazz session all the way through – with alto from Winter that's some of his sharpest on record in the 60s, and both guitar and vocals from Lyra – who's getting his American time in the spotlight here, in the way that Joao Gilberto got with Stan Getz! Yet this album's much more of a core bossa jazz combo set than the Getz/Gilberto records – with work from a quintet that includes Sergio Mendes on piano, Milton Banana on drums, and Sebatiao Neto on bass. Titles include "O Morro", "Voce E Eu", "Maria Ninguem", "De Quem Ama", "Lobo Bobo", and "Tem Do De Mim".  © 1996-2021, Dusty Groove, Inc.
(Mexican stereo pressing on CBS. Cover has some edge wear and light aging.)

I Sing The Body Electric
Columbia, 1972. Near Mint-
LP...$16.99
Beautiful early work from Weather Report – one of the finest statements ever uttered by group, and a set that's got a bit more soul and warmth than their first album! The lineup's changed slightly at this point – still Wayne Shorter on reeds, Joe Zawinul on keyboards, and Miroslav ... LP, Vinyl record album