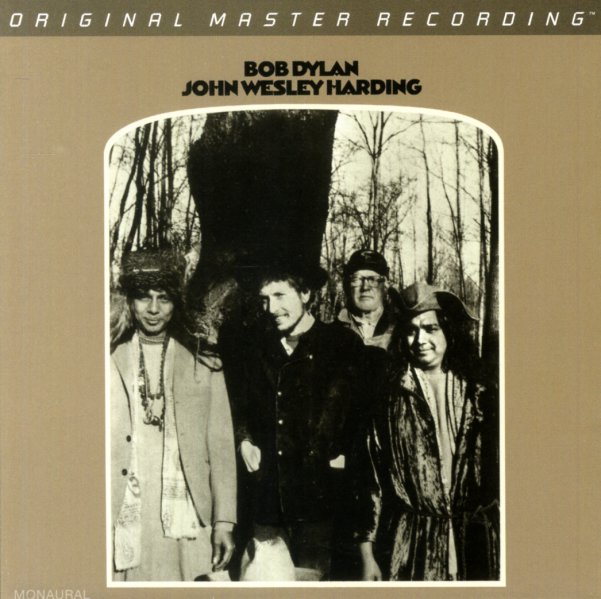 A pivotal album for Bob Dylan – a record that continues the Nashville experiment of Blonde On Blonde, but which compresses it a bit more – almost like he's re-folding the electric energy back into the darkness of the spare sound of Times They Are A-Changin! Bob plays guitar, harmonica, and piano – in a core trio that just features Charlie McCoy on bass and Kenny Buttrey on drums – plus a bit of added steel guitar from Pete Drake. The album's filled with complicated dark little numbers like "All Along The Watchtower", "The Ballad Of Frankie Lee & Judas Priest", "I Am A Lonesome Hobo", "I Pity The Poor Immigrant", "The Wicked Messenger", "As I Went Out One Morning", and "Down Along The Cove".  © 1996-2021, Dusty Groove, Inc.
(Out of print hybrid SACD edition, limited numbered edition # 001114.)