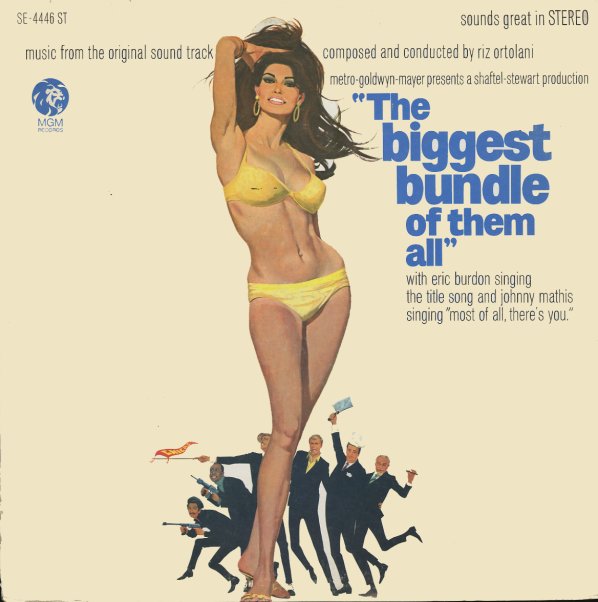 Man & A Woman (Second Version)
United Artists, 1966. Very Good
LP...$3.99
A nicely different take on one of our favorite soundtracks of all time! We're not entirely sure what the status of this one is – but it sounds a lot like the original version, except that some of the instruments seem to be a bit transposed in the mix. Our guess is that United Artists wanted ... LP, Vinyl record album

Popi
United Artists, 1969. Near Mint-
LP...$2.99
One of the grooviest soundtracks ever written by Dominic Frontiere – for this strange little comedy starring Alan Arkin as a father who's trying to give his kids away! The tracks have a sweeping groovy approach – large orchestrations, sunny, bouncy, with some strings mixed in with ... LP, Vinyl record album