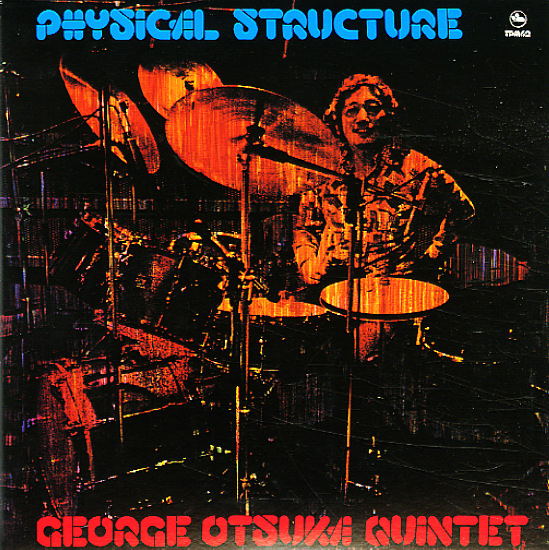 Japanese drummer George Otsuka is always one hell of a hip cat – one of those players whose name on a record always means that we'll pick it up – and never fail to hear something wonderful! And while Otsuka first got his start working with a piano trio at the end of the 60s, this sweet set from the mid 70s really has him stretching out nicely – working with a freewheeling group that has plenty of spiritual elements – but in that gentler avant mode you'd find in the Japanese scene of the time. The set's got some especially great Fender Rhodes and piano from Fumio Karashima, plus tenor and soprano sax from Shozo Sasaki – and all tracks are nice and long, and really let the instrumentation build up in this flowing, organic sort of way. Mitsuaki Furuno plays bass, and Norio Ohno adds in a bit of extra percussion too – and titles include a nice reading of "Naima", with lots of fast-moving congas – plus "Physical Structure", "Mustard Pot", and "Little Island".  © 1996-2021, Dusty Groove, Inc.

Leeward
Union/Le Tres Jazz Club (France), 1978. New Copy (reissue)
LP...$31.99 33.99
Spare sounds, but beautifully woven together – all in service of these lovely long tracks that really highlight the soulful side of reedman Mabumi Yamaguchi! Each number here takes up half the side of a record – there's only four tracks in all – and Yamaguchi plays these slow-buil ... LP, Vinyl record album