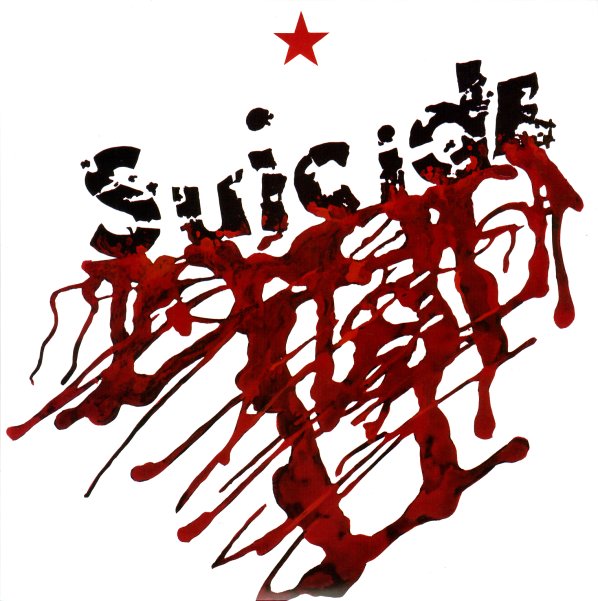 Frankie, Frankie – OW! Take a broken-down synth, some crazy vocals, and a rich sense of imagination – and you've got one of the seminal groups of the New York scene of the early punk years. Suicide were a key bridge between earlier prog underground sounds and the art-rock punk styles that were coming out of New York in the late 70s – and one that was in a space that was completely their own – and still is, after all the decades since the release of this record! With this one landmark album, the band completely dismantled the cold German prog synth of groups like Kraftwerk, La Dusseldorf, and Tangerine Dream – and created a wild sound of spare anguish that brought a whole new dimension to punk rock. The album has got to be one of the top 50 "must have" rock records of all time – and titles include the cuts "Ghost Rider", "Rocket USA", "Johnny", "Frankie Teardrop", "Che", and "Cheree".  © 1996-2021, Dusty Groove, Inc.
(Limited edition red vinyl pressing – with 6 page booklet!)