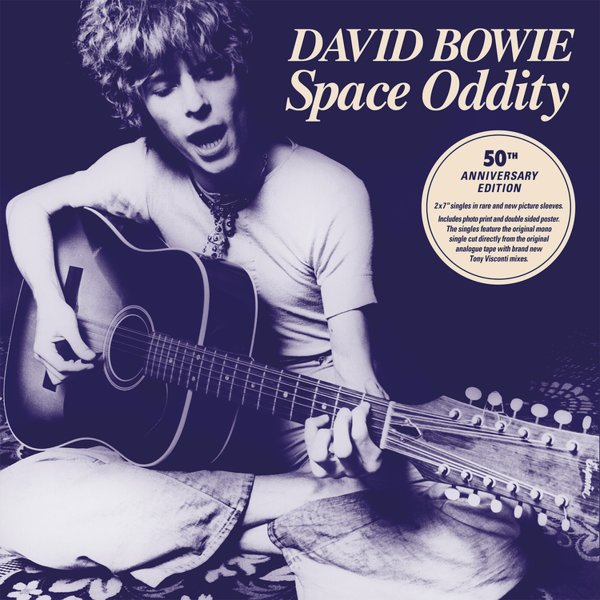 NASA landed a man on the moon in 1969, and David Bowie landed himself on the charts – with the classic "Space Oddity", presented here in a really great package that includes the original 45rpm mono mix, plus a stunning new 2019 mix as well! The set also features "The Wild Eyed Boy From Freecloud" – one of our favorite early Bowie tunes ever, and one that sounds definitely different in the mono mix too! The whole thing comes in a great limited box, with great bonus bits – and longtime Bowie producer Tony Visconti handled the 2019 mixes.  © 1996-2021, Dusty Groove, Inc.
(Includes photo print with double sided photo – and new pic sleeves for both singles too!)