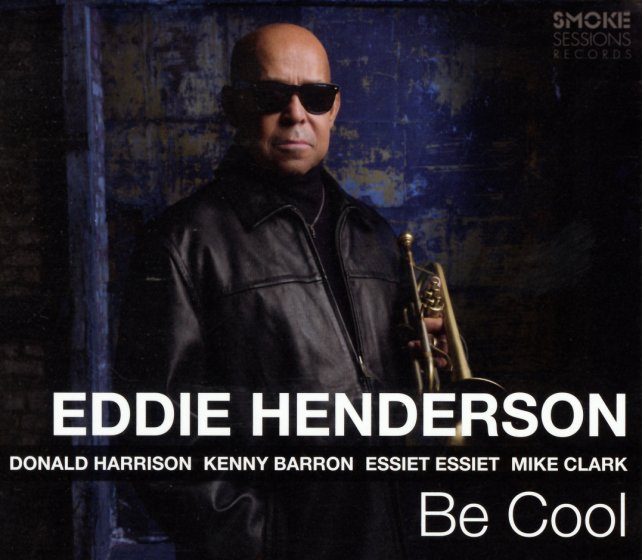 Cool is one thing that Eddie Henderson always is – as his sense of tone and timing just seem to get better and better as the years go on – and that's saying a lot, given that Eddie's legacy goes way back to the 70s! And although he did plenty of fusion and soul experiments in his youth, the later decades have always had Henderson moving into a role more as a classic stylist on the trumpet – one who seems to always set a new bar for his playing as time passes by – to a point where anyone would be daft not to call Eddie one of the more important voices on his instrument in the past 30 years. That sense of cool is definitely in place here, as is Henderson's subtle swing, even on the ballads – as Eddie works in a tight quintet with Donald Harrison on alto, Kenny Barron on piano, Essiet Essiet on bass, and Mike Clark on drums – on titles that include "Fran Dance", "Loft Funk", "Nightride", "The Sand Castle Head Hunter", "Naima", "Smoke Screen", "Bee Cool", and "Moontrane".  © 1996-2021, Dusty Groove, Inc.

Made In America
Smoke Sessions, 2017. Used
CD...$11.99
A fantastic set from one of our all-time favorite saxophonists – a musician who gave us a flurry of wonderful albums in the 80s and 90s, but hasn't graced the record racks as much in recent years! Fortunately, Bobby Watson's lost none of his charms at all – and really sounds beautiful ... CD

Original Mob
Smoke Sessions, 2014. Used
CD...$6.99
Drummer Jimmy Cobb works here with his Original Mob – a quartet that's been together for over 20 years, and which features a well-matched lineup of Peter Bernstein on guitar, Brad Mehldau on piano, and John Webber on bass! Bernstein's sharp, tight guitar lines are really appreciated in a ... CD

Night & Day
Smoke Sessions, 2015. Used
CD...$6.99
One of the best records yet from alto sax player Vincent Herring! There's a strong, energetic style on his Smoke Sessions recordings that we really love – but that urgency never even comes close to inhibiting the soulful hard bop inspired rhythmic integrity. He's working with a great group ... CD

Love Is The Law
Pulsar/Esoteric (UK), 1968. Used
CD...$16.99
The first of a pair of cool records Graham (or Grahame) Bond recorded in LA in the late 60s – a strange, moody and somewhat raw vibe permeating it – whether by design, or due to the fact that Bond plays most of thethe instruments himself! The organ jazzy vibe of earlier work is in the ... CD