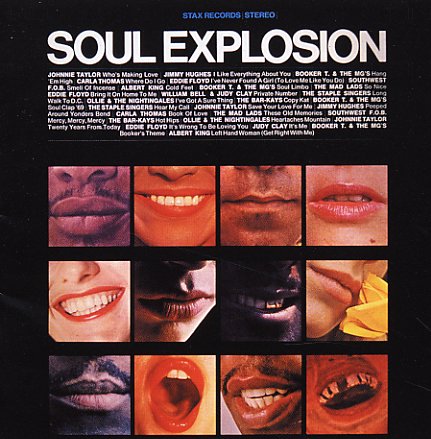 A landmark double LP collection of work from Stax Records – issued at the end of the 60s, after their split with Atlantic – and a real celebration of the new life that was coming to the label at the time! The range of work is really great, and the 28 track set moves easily from hits to more obscure numbers – in a mode that really shows the growing sound of Stax as the 70s approached. Classic! Titles include "Hot Hips" by The Bar-Kays, "Where Do I Go" by Carla Thomas, "I Like Everything About You" by Jimmy Hughes, "It's Me" by Judy Clay, "Booker's Theme" by Booker T & The MGs, "Heartaches Mountain" by Ollie & The Nightingales, "Soul Clap 69" by Booker T & The MGs, "These Old Memories" by The Mad Lads, "Private Number" by William Bell & Judy Clay, "Long Walk To DC" by Staple Singers, and "Copy Kat" by Bar-Kays. 28 tracks in all!  © 1996-2021, Dusty Groove, Inc.
(50th Anniversary pressing – on nice heavy vinyl!)