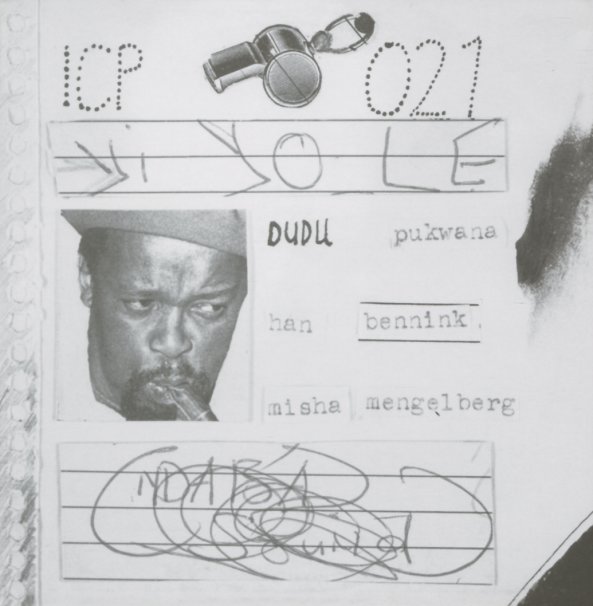 Icarus
ICP (Netherlands), 2018. New Copy
CD...$19.99 24.99 (LP...$24.99)
Fantastic work from a duo who can take familiar instruments, and make them come out sounding completely different and in all these weird and wonderful ways! You may already know this quality from drummer Han Bennink, whose work has delighted us for decades – and he's equally matched here by ... CD

Goede Reis
ICP (Netherlands), 2020. New Copy
CD...$19.99 24.99 (LP...$26.99)
Drummer Han Bennink always has a way of picking the most creative improvisers to work with – and that's definitely the case here, as he teams up with Oscar Jan Hoogland – a musician whose main instrument is piano, but who also handles electric clavichord, record players, cassettes, ... CD