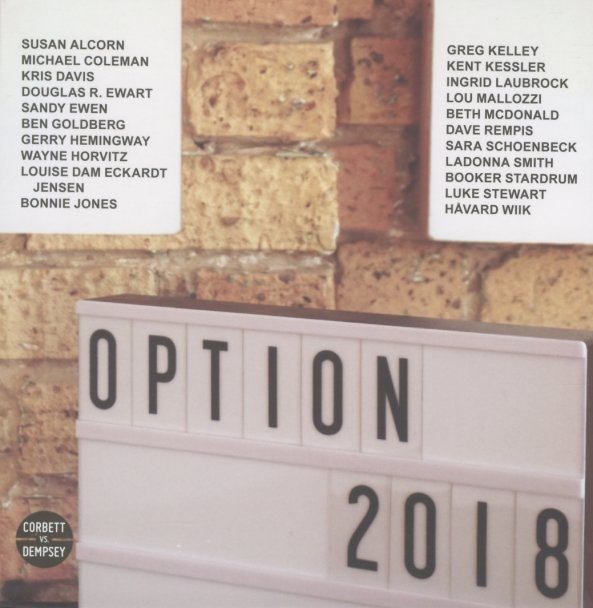 A brilliant series of creative performances pulled from Option – a weekly music salon hosted organized by Chicago avant jazz talents Ken Vandermark, Tim Daisy, and Andrew Clinkman – featuring contributions from some of their greatest contemporaries, and a few older legends too! Most of the material here is free improvisation, but the scope is also nicely wide – with a mix of elements that really keeps things interesting, and which also makes for a hell of a double-length record, even if you don't care at all about the weekly event! The set features performances by Susan Alcorn on steel guitar, Wayne Horvitz on piano with Sara Schoenbeck on bassoon, Ladonna Smith on violin and vocals, Havard Wilk on piano, Gerry Hemingway on percussion and electronics, Lou Mallozzi on electronics and turntables with Douglas Ewart on reeds and percussion, Greg Kelly on trumpet, Bonnie Jones on electronics, Ingrid Laubrock on tenor, Kris Davis on piano, Sandy Ewen on guitar, Louise Dam Eckerdt Jensen on alto and Kent Kessler on bass, and the trio of Booker Stardrum on percussion, Beth McDonald on tuba, and Dave Rempis on alto.  © 1996-2022, Dusty Groove, Inc.