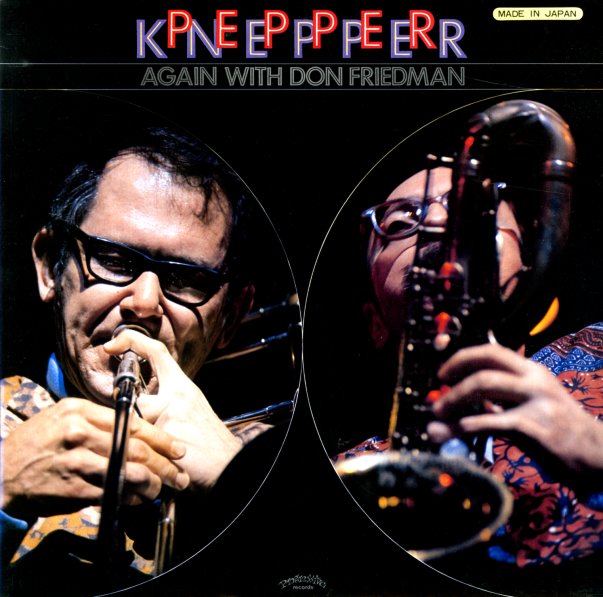 A fantastic pairing – the baritone sax of Pepper Adams and the sharp trombone of Jimmy Knepper – in a quintet with Don Friedman on piano, George Mraz on bass, and Billy Hart on drums! Titles include "Beautiful Love", "Audobon", "Hellure", "Groovin High", and "I'm Getting Sentimental Over You".  © 1996-2020, Dusty Groove, Inc.
(Japanese pressing, including the insert. Cover has light wear.)

Stepping On Cracks
Progressive, 1978. Near Mint-
LP...$6.99
Genius work from the always-compelling Walter Norris – a pianist with a sense of complexity that's always mesmerizing, but one who can also find a way to effortlessly swing at the same time – which he does beautifully on this overlooked set from the early 80s! Most tracks are long, and ... LP, Vinyl record album