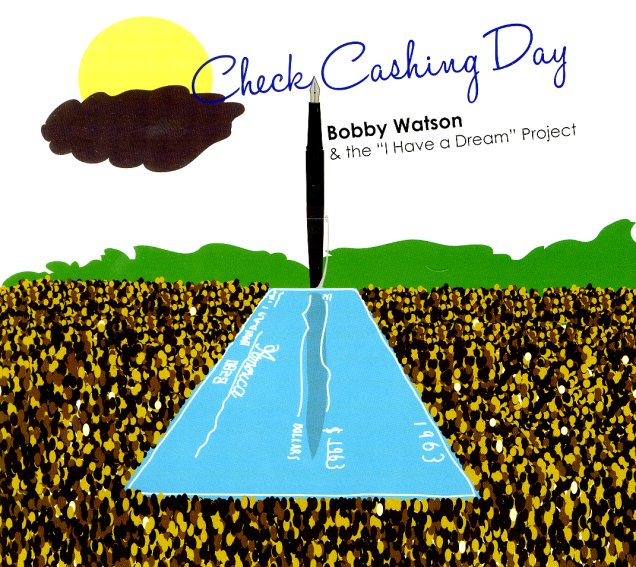 A tremendous project from the great Bobby Watson – an artist we don't hear from as much as we'd like to these days, but who always gives us something that's been well worth the wait! The record's a larger-concept set, based on the promise of reparations and the legacy of Dr Martin Luther King – served up through a set of instrumental and vocal songs that are some of the most message-oriented music that Watson has ever recorded! Bobby's on alto, and still delivers plenty of those well-crafted solos that first made us fall in love with him decades back – and the core combo also features frequent musical partner Curtis Lundy on bass, plus Hermon Mehari on trumpet, Richard Johnson on piano, and Eric Kennedy on drums. Glenn North delivers a few spoken words passages, and Pamela Baskin Watson sings on two tracks too – and titles include "Check Cashing Day", "Progress", "The Triad", "MLK On Jazz", "Seekers Of Sun (Son)", "Forty Acres & A Mule", and "A Blues Of Hope".  © 1996-2021, Dusty Groove, Inc.