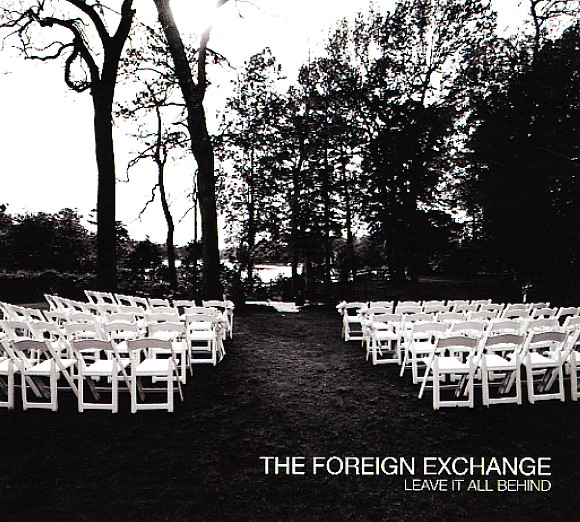 The second album from Foreign Exchange – the formerly bi-continental project of North Carolina MC and soul singer Phonte of Little Brother, and transplanted Dutch producer Nicolay – who take an even deeper turn into spacey soul on Leave It All Behind! Given that Phonte is singing rather than rapping, you'd be tempted to say that Foreign Exchange has left hip hop behind, but hip hop is in the heart and soul – and the group was born of the idea of hip hop as an evolving art form – so rhymes or not, it's still hip hop in a way. The spacey, jazzy melodic groove here finds producer Nicolay in peak form – a nice balance between thumping bass, beats and mellow atmospherics, and the mood is impeccable. We're pretty much stunned at how well Phonte is developing as a vocalist, with laidback lead and overdubbed backing vocals that go back the heart & soul comment above. A left turn for a duo that was adventurous to begin, with an excellent move to the next level! Titles include "Daykeeper", "Take Off The Blues", "All Or Nothing/Coming Home For You", "I Wanna Know", "House Of Cards", "Sweeter Than You", "Valediction", "If She Breaks Your Heart", "If This Is Love", "Something To Behold" and "Leave It All Behind". LP includes 2 bonus tracks; "If This Is Love" (Nicky Buckingham's Fleetwood mix) & "Sweeter Than You" (Muhsinah's mix).  © 1996-2020, Dusty Groove, Inc.