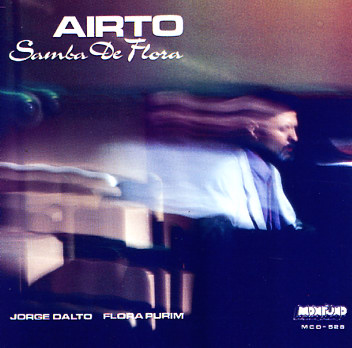 Brazil USA 70 – Brazilian Music In The USA In The 1970s
Soul Jazz (UK), Early 70s. New Copy
CD...$18.99 22.99
Fantastic grooves from the 70s – tracks that are part of a great second wave of Brazilian music to hit our shores, then take off in a whole new direction! The US was no stranger to Brazilian sounds in the 60s – given the popularity of bossa nova and a few other styles – but as ... CD

Incredible Nana
Tonodisc/Altercat (Germany), 1971. New Copy
CD...$16.99 (LP...$24.99)
Some of the earliest recordings of Brazilian percussionist Nana Vasconcelos – an artist who'd go on to have a huge history in jazz, including famous work with Pat Metheny on ECM! This set has Nana very much in his roots – playing first on a stunning solo percussion track that mixes ... CD

Misterios Da Amazonia
Atonal Producoes/Altercat (Germany), 1980. New Copy
CD...$16.99 (LP...$24.99)
A Brazilian album from the start of the 80s, but one recorded in an all-acoustic mode that makes the whole thing tremendously timeless over the years! Ronaldo L Freitas is the guitarist pictured on the front – and he provides these amazing guitar lines that have all the deftness of the best ... CD