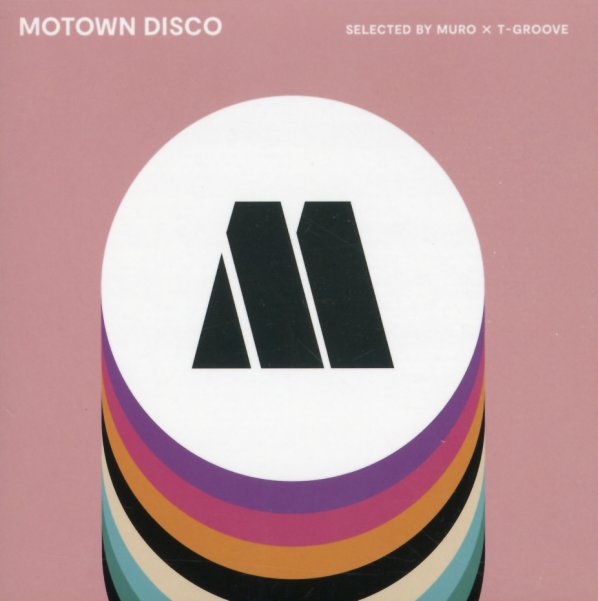 A fantastic look at the funkier side of Motown in the 70s – and a collection that's not just straight disco, thanks to the mighty selection talents of DJ Muro and T-Groove! Muro handles all of CD1 – and mixes in some excellent soundtrack numbers with more familiar soul tracks – and also presents a few classic cuts in remixed versions too! T-Groove is on CD2 – which has cuts that are maybe a bit more iconic in the Motown club sound of the 70s, but still pretty darn great when heard together in this set. Neither CD appears to be mixed – tracks all appear discrete and standalone – and the package features 37 titles that include "You Made Your Bed" by Reuben Howell, "Books & Basketball" by David Shire & James Di Pasquale, "T Plays It Cool (unedited version)" by Marvin Gaye, "Erucu" by Jermaine Jackson, "Mirrors Of My Mind" by Jackson 5, "Date With The Rain (DJ Spinna refreak)" by Eddie Kendricks, "Ego" by Ozone, "Big Time (M+M big time 2016 mix)" by Rick James, "Treat Her Like A Lady" by The Temptations, "Brothers Gonna Work It Out (Joey Negro return of the mac mix)" by Willie Hutch, "He's A Friend" by Eddie Kendricks, "Down To Love Town" by The Originals, "Go For It" by Billy Preston & Syreeta, "Full Speed Ahead" by Tata Vega, "Let's Be Young Tonight" by Jermaine Jackson, "Heaven Must Have Sent You" by Bonnie Pointer, "Shoulda Gone Dancin" by High Energy, "Saturday Night Sunday Morning" by Thelma Houston, "Star Love" by Three Ounces Of Love, "Tailgate" by 21st Creation, "Scratchin" by Magic Disco Machine, "Standing On The Verge" by Platinum Hook, and "I Need Your Lovin (M+M lovin all night long mix)" by Teena Marie.  © 1996-2022, Dusty Groove, Inc.